October 14, 2018 By Shared Parenting Confessional in Adult Children of Divorce 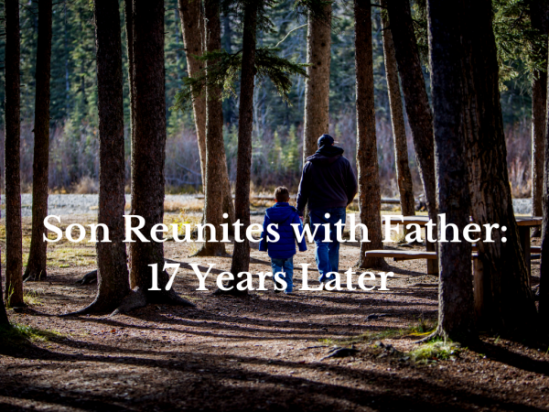 A captivating story from an adult child revealing hope for parents separated from their children. He talks about parental divorce and discovers the lies he was told during childhood.  The author states: “It’s still evolving – I am only now (at 49 years old) beginning to admit to myself that my experience wasn’t normal and that my brother and I experienced actual abuse. I resisted acknowledging the truth of that for a very long time. I am now at the point where I would sever all ongoing contact with her if that wouldn’t cost me my contact with my brother and his family. I have given her many, many opportunities to actually talk about all this – perhaps admit that there were problems in what she did – but she remains adamant in her insistence that everything she did was justified and reasonable. I am getting to the point where I can’t accept that answer any longer.”

I remember the night that my mother told me she was divorcing my father. It isn’t a very detailed memory (I was only 6 years old), but it is potent in its recalled pain and rage. I remember crying, striking out at my mother, telling her I hated her, and generally being inconsolable.

I remember literally nothing of the court battles over visitation that followed, although they went on for the next 6 years. Somehow, I have blocked or lost those memories (I know high stress causes poor memory formation), but the basic visitation pattern that was established over that period was for every-other weekend Friday-Sunday visitation with my Dad for my brother and me. He’s 4 years younger, and thus has no memories of the actual divorce (or the time before it) – his experience and story of his childhood is different than mine, and I do not insist that he make my story his.

At the same time, I have come to understand that what I experienced during those years amounted to nothing less than continuous and pervasive emotional manipulation and psychological abuse that has left me with wounds the depth of which I am still sounding.

People who grow up in a PAS (Parental Alienation Syndrome) household have a lot in common with people who grow up in cults. One of these similarities is the presence of dogma – elements of unquestioned faith that must be adhered to. In out case, first and foremost among these was that my father and his entire side of the family were dangerous, compulsive liars who only wanted to see us in order to hurt my mother.

The only reasons I (I cannot speak for my brother) was ever given for the divorce were:

As the older child, I was explicitly tasked with “protecting” my younger brother. This meant that it was my responsibility to call in to check with my mother every day that we were with our father. This would protect us against the kidnapping that she told us might occur if we weren’t so vigilant. We were absolutely not allowed to leave town for a vacation with my father or his family – my grandparents on that side owned vacation property near Lake Havasu, for example, and we were never, ever permitted to see it. My father was also a civil pilot at that time (non-commercial), and we were not allowed to ever fly with him – again, the threat of kidnapping.

The one time I DIDN’T call in to check with my mother, she called the police and told them that she feared her kids were being taken by their non-custodial father – the cops showed up at my dad’s house, and I’m sure that helped cement and validate my sense of threat. My dad had remarried by then, and I’m glad my half-brother was too young to remember that.

In between visitations with my dad, we were subjected to a constant litany of complaints and criticisms about him from my mother and my maternal grandmother. More, there was a canticle of responses that we were trained and coached to make. If someone asked us about whether we missed our father, we would reply “it would have been great to have a dad, but not the dad we had.”

We were told that he was always late with child support payments – he never was, my mother was just terrible with money and it made for a good excuse when the power or the water got turned off.

We were told that he never sent us gifts – I later discovered that he absolutely had, and that my mother had no-doubt thrown them away.

Worst of all – when my father sent us birthday cards, only those for ME made it through. The ones for my brother were intercepted, and this was then presented as proof of their monstrous rejection of this poor little boy with a small hand and speech impediment.

We were also coached to explain that we had lots of great male role-models in our lives (my maternal grandfather and uncle), who more than made up for the loss of this so-called “father.” We were encouraged to refer to him as our “biological father” and it was extremely clear that his only possible worth or contribution was as a sperm donor. Eventually, both of these men would be knocked off the approved list as well, and they would be erased from my life.

Within a very short time after the divorce, I truly hated my father and held him in boundless contempt. My brother and I would do everything we could to make our time with him as unpleasant and brief as possible. Excuses were made to skip visitation as often as possible, and when he insisted, I was as much of a little bastard about it as I could think to be. We were also encouraged to spy on him, and we would be rewarded for reporting back anything that could be twisted into a failing or a criticism.

We were encouraged to be cruel. Here’s a small example – my father had a Volkswagen bug that he drove for a number of years, and my brother and I would fight, every time, over who got to sit in the BACK seat – furthest from our father. I remember the day that my father, in pain, turned and said “stop it! I know what you’re doing!” The guilt for that and similar cruelties haunted me then and still does now. It’s part of what I’m working through.

Living in a state of continual one-way warfare with my father, and being encouraged to attack using whatever means were available, took a huge toll on my childhood. From 2nd grade forward, I continuously struggled in school – both academically and socially. I was bullied and isolated with no real friends. Part of that was due to my mother as well – we were Jewish in a part of town that had very few Jews, and she would create a huge incident any time a school put up anything to do with Christmas. I was not allowed to participate in singing carols or similar – when the class began to practice, I would be sent to the library and then called back when practice was done. Seeing the weird, loner, skinny, Jewish kid stand up and walk out of the room brought me to the attention of the bullies. As much and as cruelly as I punished my father, I was punished by these bullies at school from the 2nd through the 8th grade.

Towards the end of the 6 year period, my brother and I were in court-ordered family counseling with our father in order to improve our relationship. By this time, I was 12 years old in 7th grade, and experiencing the worst of all possible worlds. I was failing in school, was utterly isolated and without friends, was being bullied on a daily basis (being punched and spit-on were the most common forms as a “jew-boy” or “kike”).

I remember the coaching sessions with my mother and brother before what ended up being our last meeting with our father. Our strategy was to present the argument that a regular visitation schedule was just too onerous for my busy schedule (I had zero out-of-home activities), and that it would be far better if my dad could just call up every now and then and ask if he could see us on some specific day – like a date. To 12 year old me (living in the cult for 6 years), that sounded reasonable – and, if and when he objected to such a reasonable suggestion, that would be proof of his unwillingness to compromise and his inherent cruelty.

Our last meeting took place in the office of the court-ordered psychologist who had been working with my father, brother, and me for about a year. My grandmother (a truly frightening person – she and my mother were inseparable in pretty much everything) drove us to the office and waited in the waiting room. Once in the office, I made my pitch to my dad – his response to my “…how does that sound?” was “I think it sounds pretty shitty.”

I leapt from the sofa – shouted “then you can go to hell!” and burst out of the office. I ran to the bathroom and kicked and punched the stall walls until they were visibly bent. My grandmother took us home, and within a few days my mom told me that I had finally won – my father was dropping all of his custody and visitation battles. I used to tell that story of the office with great pride in standing up to the monster and finally getting him out of our lives. I feel very differently about it now.

It wasn’t until 17 years later, when I was contemplating marriage of my own, that I became open to connecting with my dad.

I was working as an actor at a dinner theatre, and one night my father’s wife, my step-mother whom I barely remembered, came to the show with a message that my dad would love to talk with me if I ever wanted to. She brought their number and left it with me. I was polite, but cold and distant. I had no intention of calling, but I kept the number. It as more than a year before I called it.

Just before I got engaged to my now-wife, I began to think that I really should at least meet my father before I became one myself – even if only to see how NOT to be a dad.

I called the number, and we arranged a neutral place to meet – we had coffee at a small sidewalk cafe and talked for more than an hour. We didn’t even begin to touch on our relationship or history – we just talked and tested the waters. He seemed really nice, smart, and he was obviously deeply moved to be with me – there were tears in his eyes more than once, even though we were talking about mundanities, mostly.

Since then, he has become an integral part of my life – he is grandpa to my children, and dad to me, now. I love him, and I deeply mourn the years we lost together and the life we might have had.

I’m still in the process of uncovering all of the lies my mother and grandmother told me – as I said earlier, both my grandfather and uncle were eventually subjected to the same behavior, and I only found out the truth about them well after I was married and with children of my own.

This is a story of hope for all parents separated from their children due issues within the family court system.