December 11, 2016 By Shared Parenting Confessional in Impact on child, Perspective of Child

The narrative for this character indicates the parents were too busy arguing over left over family matters and money – which really just stressed this child out even further. Home wasn’t a place he felt comfortable nor happy in, and those harsh, ringing words his parents would throw at each other made him flinch. Still, he’d pretend everything was fine when questioned by others, he’d either keep his head low, or keep a faint smile on his face while he said “it’s going to be alright.”

This characters parents’ eventually divorced when he hit his tenth birthday, since the frequent quarrels tore them apart and they couldn’t just put down their pride for each other. His mother moved back to her home country. His father stayed because of work. This child had to make trips back and forth between them whenever holidays rolled around. Just imagine some skinny kid alone at the airport dragging his luggage around, staring at the planes that lifted off while waiting for his flight. This was his vacation. Sometimes he’d make friends on the plane with the person sitting next to him. Sometimes that would make him forget that he was always on the trip alone.

This character, at age 15, spiraled down. Started hanging around with the wrong crowd in school, got into smoking, petty theft, dyed his hair, got his ears pierced, trying out stunts that might have easily gotten him killed but hey, he didn’t care if it did at that time. These were all feats to defy his strict father and the shackles of expectation placed on him, and to taste freedom for himself. The silence at his father’s house became worse. Eden started coming home less.

At age 18 this character experiences a chain of events led him to do volunteer work, and that brought out a positive change in him after a few months. He decided to get himself together again- quit smoking, stop stealing, try to get along with everyone else, and made plans to move out on his own.

The artist shares that at nineteen years of age, this character  doing …alright. But he still doesn’t know what’s there to live for. Still as lost as ever.

Divorce and disruption in a child’s upbringing changes everything. 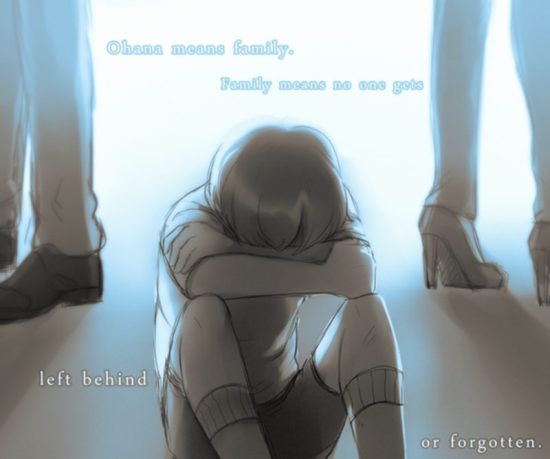 Send your confession at: