September 15, 2015 By Shared Parenting Confessional in Adult Children of Divorce, All Confessions

An adult child of divorce shares an upbringing filled with abandonment and loneliness.  He recognizes how his mother lived a self-fulfilled life rather than a selfless life that a more attentive parent may choose.  A lot of big feelings and imposed responsibilities for a young child.  Thankfully, he discovered the blessings of a secure family unit in his fathers’ family and intends on creating a secure, and loving family of his own. 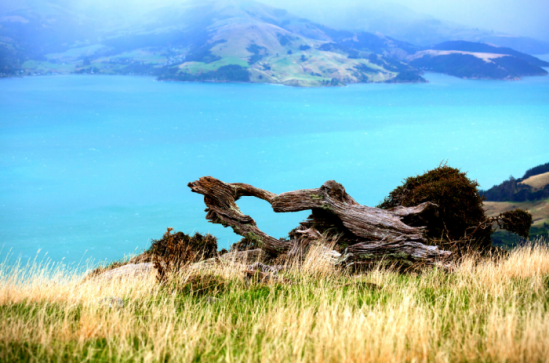 My mother left because she was “not happy.” It was a simple answer, but it changed how I saw myself and everything else consequently. She said she had me out of wedlock, and back then felt pressured to marry, and no longer wished to stay with a man (my father) whom she didn’t truly love. She wanted to control her life, pursue her dreams, follow her destiny. But as far as I knew, she’d been doing that her whole life already.

If my mother had left my father after selflessly giving herself to the end to put her child at least through high school, even better, college(!), than I would’ve said: “Hey, my mother may not have been happy, but she put her happiness below her love for her child and after all this sacrifice, I’d support a peaceable separation now that I’m out of the house and all grown up.” But she didn’t. Even while married, even while still responsible for kids, she prioritized her happiness. In the end, every major turn in my life after that day she walked out of the house when I was only 8 or 9 years old, would be a result of me (and my younger sister) riding on the back of her every decision to pursue her own happiness. Her every new house and apartment, her vain attempts to integrate her boyfriend and eventual (legal, though rightly not recognized by our Church) second husband, all leading up to the two new daughters she had with him.

She was not “happy” she said, before she took control of her life. Now she was. But what puzzled me as a child was how every step towards her happiness meant my sadness. My alienation. My struggle. When she moved out of the house, I had to pack and unpack my entire life to accommodate each week where ever in the world she had decided to live next. As she introduced her boyfriend into our lives, I had to deal with the psychological guilt of being obedient and respectful to the man who was the cause of the divorce, the one who was the reason she’d come late to pick me up at school or leave me with virtual strangers to have dates. And once she had more children with him, step-siblings whom I love unconditionally for their is no personal fault in them, I had no choice but realize the sobering fact that HER happiness was contingent on whether she could replace her imperfect mistakes with my father (myself and my sister included) with children that were brought about in her state of new found happiness.

She’ll never admit it to us though, that’s so buried down in her consciousness that only therapy can bring it out. But I noticed it! “I still love you.” She reminds us constantly. But love is supposed to be self-less and my whole life, the example of love has always been one that seeks to satisfy oneself before any obligation before that. Yes, my mother wasn’t happy in her marriage. But her children were. Her children had no idea of the gulf between father and mother. But rather than subordinate her desires, she fed them until the idea of putting her flesh and blood through such stress became feasible.

I left my mother eventually, when I grew old enough to make the call. I was scandalized by a certain incident wherein I was forced to listen to her and her new significant others’ amorous activities without any consideration to my presence and my sensibilities and boundaries. In other words, I was tired of being second in her life. I was sick of a love which never took me into consideration. Since then I’ve been consistently with my father and his big loving Mexican family, many of which’s member’s have been the victims of affairs in their own failed marriages. We support each other, my uncles and aunts raise their siblings’ children as their own if they lack fathers or mothers and we cousins support each other like brothers and sisters.

Thankfully, I’ve since learned what true love looks like with my true family. And you know what, it makes me happy to be no one’s liability or mistake, but to be loved and cared for. And I hope with all my heart to recreate the same with my family.

Marriage-Ecosystem.org  So it is My Fault by Nicholas